I am pleased to announce the opening of my International Fine Art Gallery. Please follow the link: www.jewelkismet.com 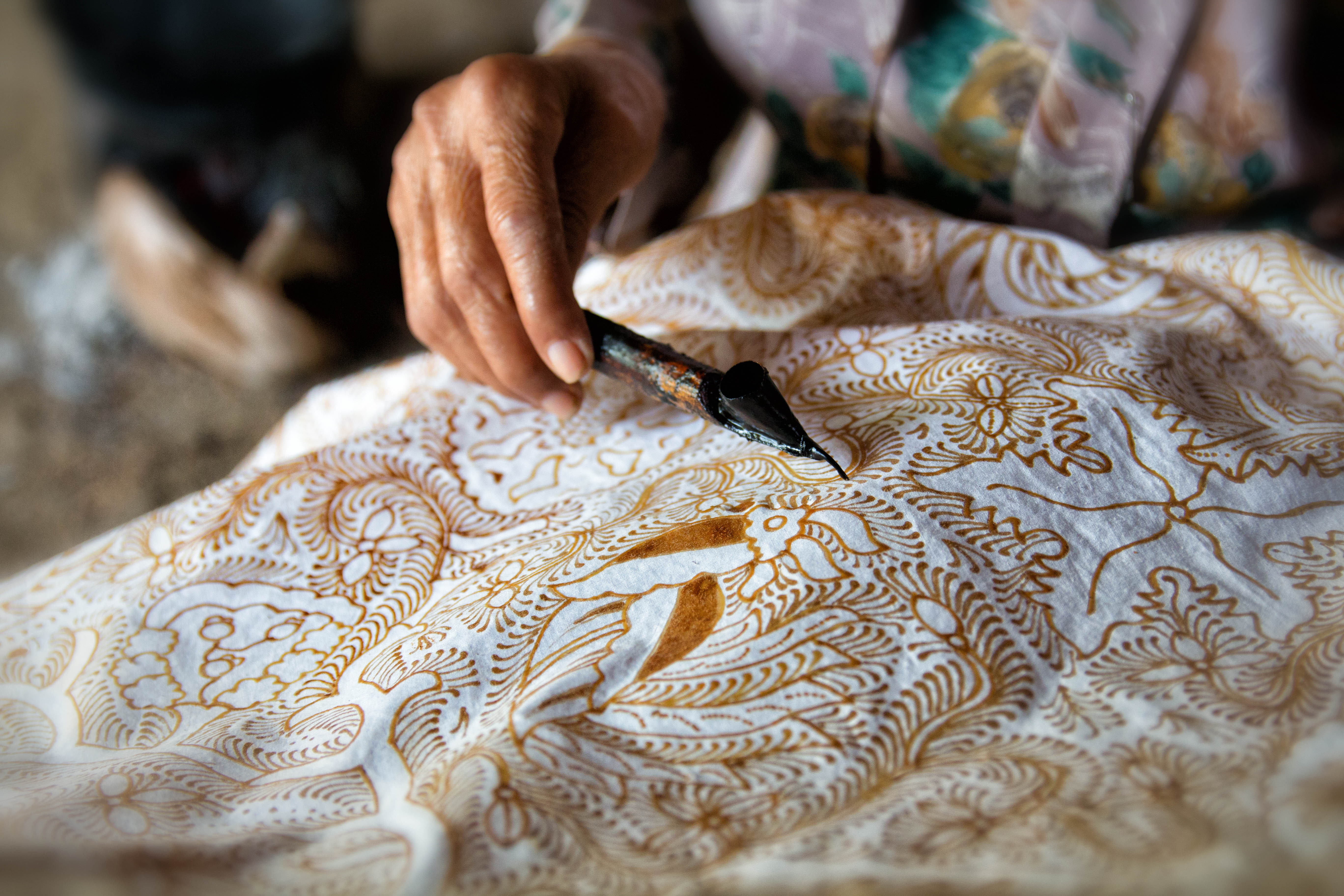 Oscar Lawalata Culture, the Indonesian Batik Foundation (YBI), and Rumah Pesona Kain jointly curated the exhibition entitled, “Batik for the World”, at the UNESCO HQ in Paris from 6-12 June 2018.  A collection of 100 batik cloths were transported from various parts of Indonesia and exhibited on-site.  Through colorful displays and discussions, the weeklong event offered a platform that increased awareness and appreciation of the cultural heritage of Indonesian batik on the local and international levels.  Thus, its history, embedded cultural values, craftsmanship, and development along the maritime Silk Roads were highlighted.  In addition, visitors could partake in informal workshops, where they were able to witness the batik-making process involving “malam” (hot, liquid wax), “canting” (copper wax pen with a bamboo handle), “wajan” (liquid wax receptacle), and other tools used by skilled artisans who help to promote its safeguarding.  Moreover, the exhibition showcased batik textile creations by contemporary designers Oscar Lawalata, Edward Hutabarat and Denny Wirawan during a fashion show that celebrated the diversity of Indonesian regions, batik processing methods, natural coloring, embroidery, and fabrics.

Indonesian batik was added to UNESCO’s Intangible Cultural Heritage of Humanity list in 2009, and has been internationally recognized as an historical fabric of human civilization. It is thought to be over 1000 years old, with historical evidence pointing to its use in parts of Africa, Asia, and the Middle East.  Although the actual origins of batik are unknown, it is believed to have been transported to Asia by way of the Indian subcontinent.  “Batik” is derived from an Indonesian-malay word, which is now often used as a generic term referring to the process of dyeing fabric.  The process is traditionally performed on cotton and silk using a resist technique.  This includes covering areas of cloth with a dye-resistant substance in order to prevent color absorption.  Those areas not covered are able to absorb deep hues.  Thus, the fabric is both durable and fade-resistant.  Other batik methods also exist, such as the splash method, the screen printing process, and the hand-painting methods.

Batik is considered to have reached the height of its artistic expression in Java during the 19th century.  Recognizable motifs, patterns, and colors often designated family, social status, and geographic origin.  Traditional colors for Central Javanese batik were made from natural ingredients, and consisted primarily of blue, brown, beige, and black.  Some designs include Kawung, or intersecting circles, Ceplok, geometric designs, Parang, or “knife pattern”, and Prada cloth, a batik decorated with gold leaf or gold dust.  These prints were inspired by Japanese, Indian, Chinese, and Dutch influence, which resulted in the richness of the color and motifs.  The art of batik later spread to the rest of the Indonesian archipelago, and then to the Malay Peninsula.  Due to its popularity, more production centers were subsequently created.  Although most batik fabric is now decorated and tailored by machine, there is still a desire for traditional textiles that are of the highest quality and hand-made.  Today, skilled artisans, educational programs like those initiated in 2005 by the Batik Museum in Pekalongan City, Indonesia, as well as similar exhibitions, continue to transmit batik cultural heritage, which helps preserve its maritime Silk Roads legacy.

The haute couture ballet costumes and set design for George Balanchine’s Brahms-Schönberg Quartet were created by Karl Lagerfeld for the Opéra national de Paris.  Renowned dancers Bart Cook and Maria Calegari served as the choreographers, and I acted as the cultural liaison and assistant to choreographers, artists, and directors.  The luxurious costumes reflect an innovative, collaborative approach to fashion in the rapidly evolving globalized community.  Moreover, they fully activate the five senses while providing elements of fantasy of a bygone era.  For, “There will never be a world without fantasy, which expresses the unconscious unfulfilled” (S. Kaiser, 1997).

This is an essential point, since art, fashion, and culture inhabit the same multi-sensorial landscape.  They represent a constantly evolving visual language which must be effectively transmitted to spectators. Inaugurated in 1875, the OnP formerly represented an elitist Parisian society.  The institution was historically linked to utopian images of wealth, power, prestige, and elegance. Therefore, Lagerfeld’s costume designs for each of Balanchine’s four acts needed to the encapsulate the Zeitgeit of the OnP.  That essence was effectively transmitted through a consistent visual theme involving textures, costume accessories, and classical ballet silhouettes.  A muted color palette of white, pale pink, and crème-orange created a bold visual juxtaposition with the monochromatic interjection of black and white details and piping.  Traditionally feminine elements and curvilinear shapes were visible with velvet headpieces and armbands, satin ribbons, tulle/chiffon tutus, and bejeweled caps.  These contrasted the straight lines and geometrical shapes traditionally considered masculine.

Lagerfeld conceptualized various sketches which were inspired by the Vienna Secession, an artistic movement established in 1897. Costumes were skillfully constructed in the OnP couture atelier according to Lagerfeld’s initial artistic intentions, but still allowed for subsequent modifications and adjustments of material, fabric, and accessories.  Thus, costumes were individually adapted to each ballet dancer, taking into consideration rigorous choreographic maneuvers.  They also accounted for other variables including lighting, sound, and stage conditions.  This resulted in the creation of regal, yet fashionable costumes which contributed to the multi-sensorial landscape while integrating an advanced degree of technological innovation and functionality.

Lagerfeld’s extensive research resulted in the creation of tailored men’s black and white suede waistcoats, as well as folklore-inspired, embroidered headdresses.  The women’s costumes included black and white bodices with princess seams in satin and velvet attached to voluminous tutus constructed of pink, orange, and white tulle/chiffon.  Use of luxurious fabrics and detailed embroidery created a sophisticated, glamorous environment of classic, understated elegance.  It also alluded to a previous era where clothing was symbolic of an individual’s social status and morality – whether actual or contrived.  Lagerfeld’s set design purposefully evoked an ancient palace adorned with heavy, gray, floor-length drapery.  This contrasted the color palette and texture of the costumes.  Such an atmosphere was meant to reference the waning splendor of the Austro-Hungarian Empire.